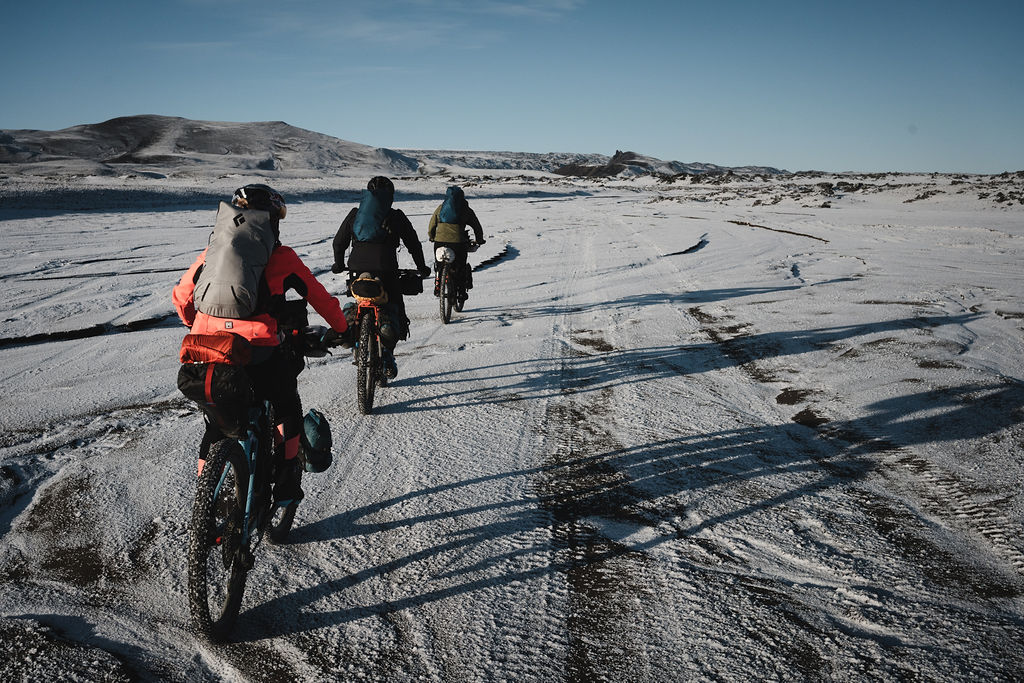 Detour to Tokyo – The Trip of a Lifetime

When COVID-19 forced the cancellation of summer mountain bike races worldwide, racers were forced to adapt and find new challenges. For Emily Batty, this could have been a disaster. Instead, it turned into one of the most fun summer adventures ever as she headed to Iceland to tackle an east-to-west traverse of the country alongside of her husband Adam Morka, her brother Eric, and famed action photographer Chris Burkard. For nine days — and 78 hours of pedaling — the group laughed their way across rivers, rocky expanses, sandy dunes and narrow gravel roads in pursuit of adventure. 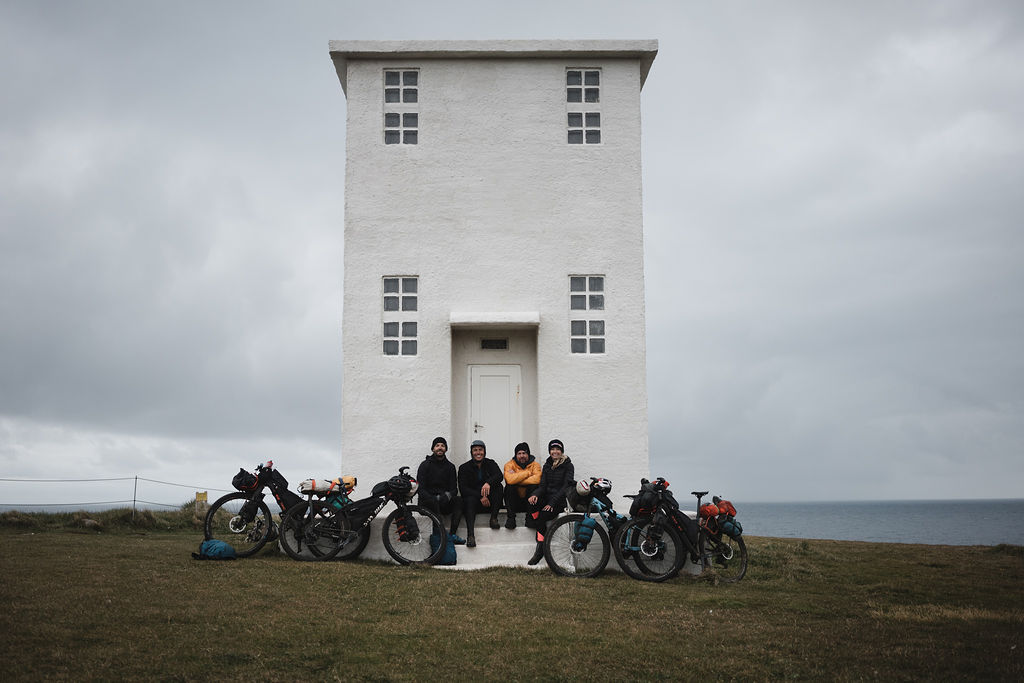 “The terrain was so varied, there were so many tough moments, but I don’t think I’ve ever laughed as much as I did on this trip.”

“Riding across Iceland was something that was definitely going to push me to my limit,” says Emi-ly Batty. “But I knew this was the chance of a lifetime — having the time to do a trip like this with Adam, Eric and Chris was such a gift during such a hard time. And the ride was incredible — the terrain was so varied, there were so many tough moments, but I don’t think I’ve ever laughed as much as I did on this trip.” 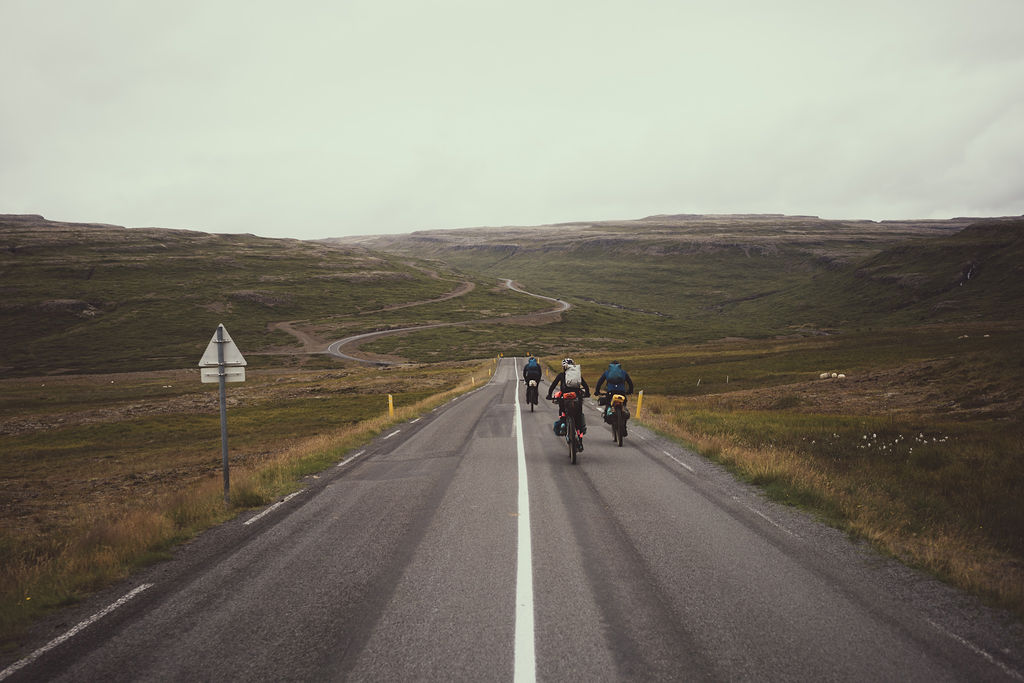 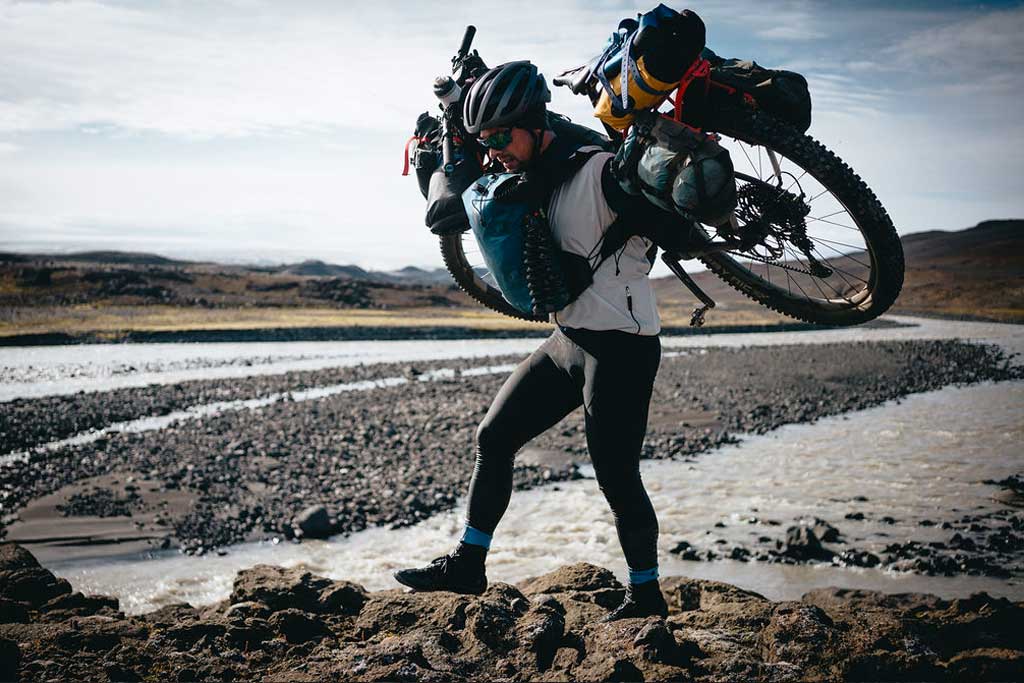 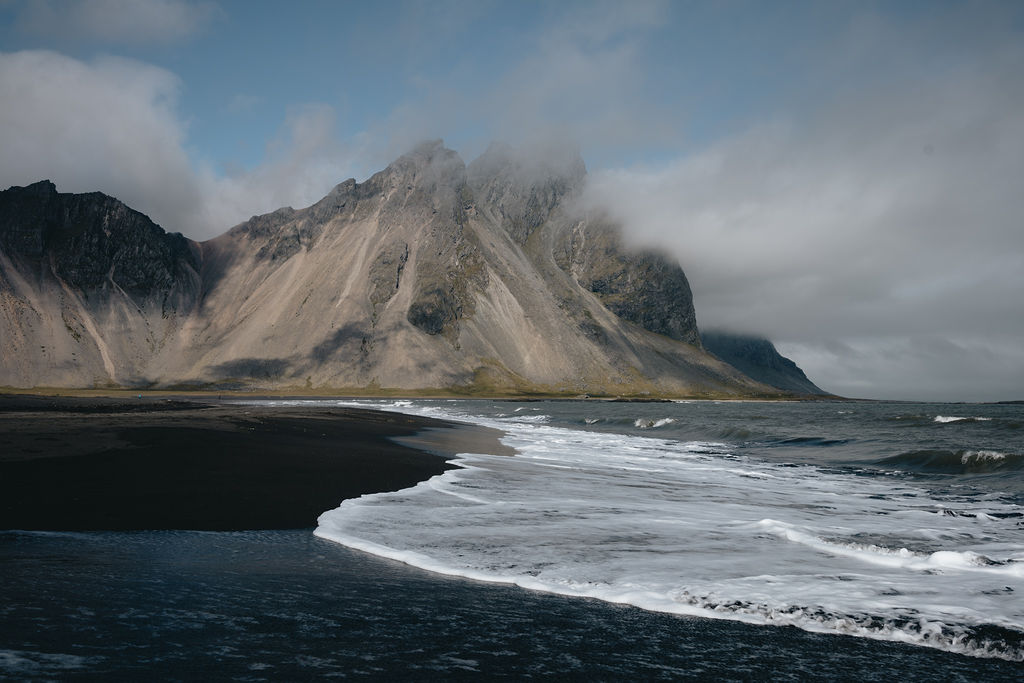 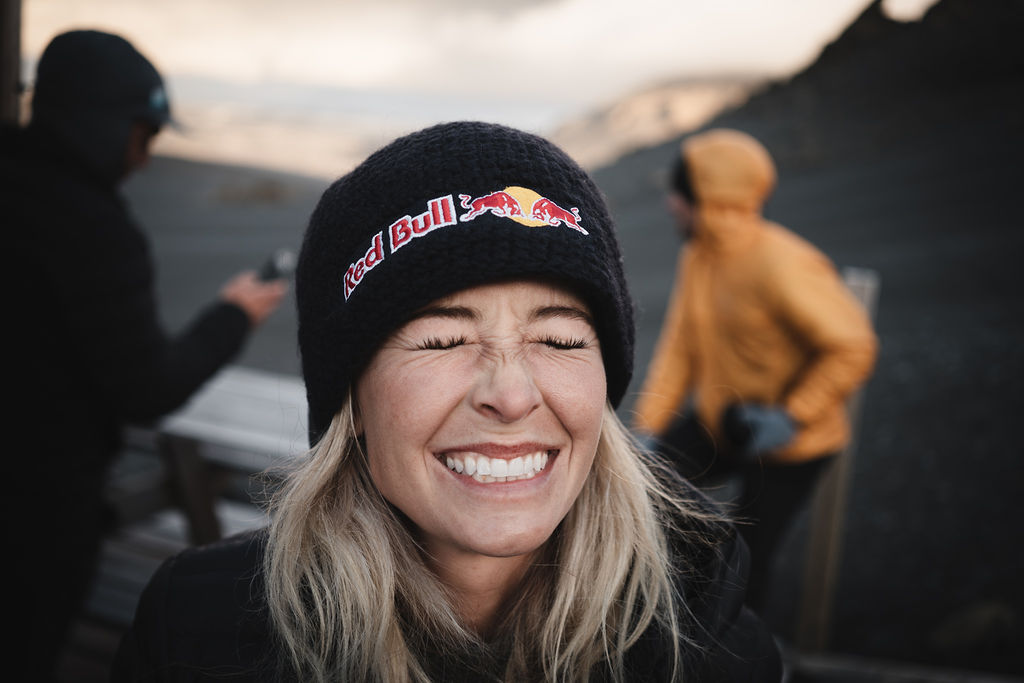 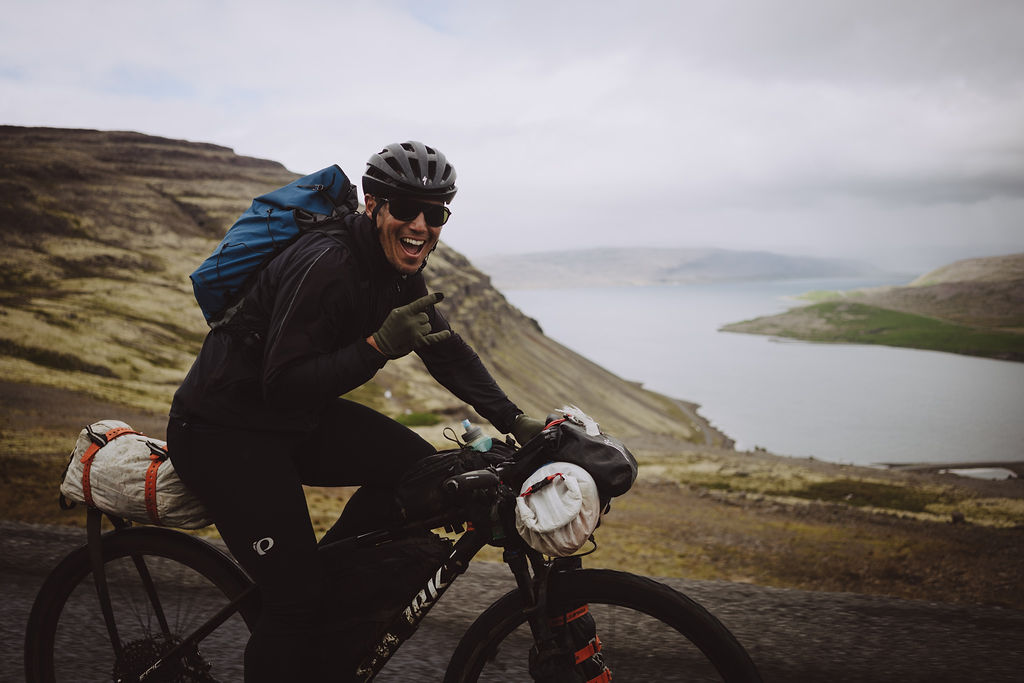 The idea for the Iceland traverse evolved in the last few months. Burkard had already spent time riding around Iceland and had been to the country dozens of times. “Like many of the places I travel, I love going back every time,” he says. “I love long rides, I love being out on the bike, subject to a remote landscapes somewhere where you feel really insignificant and you feel really small and it really strips away the ego. In Iceland, I realized there’s a line that could go from the furthest east to the furthest west taking you almost dead through the center of this country, through as close as you can get to its glaciers, moving perpendicular right across all these river systems and really experiencing what I would consider the best of what Iceland has to offer.”

The east-to-west course set by Burkard with help from a local cartographer and expedition team measured 913 kilometers, running from Dalatangi to Bjargtangar, and from what the group could find, this would be the first time anyone had attempted the ride. By the end of the trip, the group pedaled a total of 975 kilometers (including 40,000 feet of climbing). Provisions along the route would be scarce, and so the bikes were weighed down with 25 pounds of food each… Though the riders all admit that their food stash was primarily candy for fast fuel. 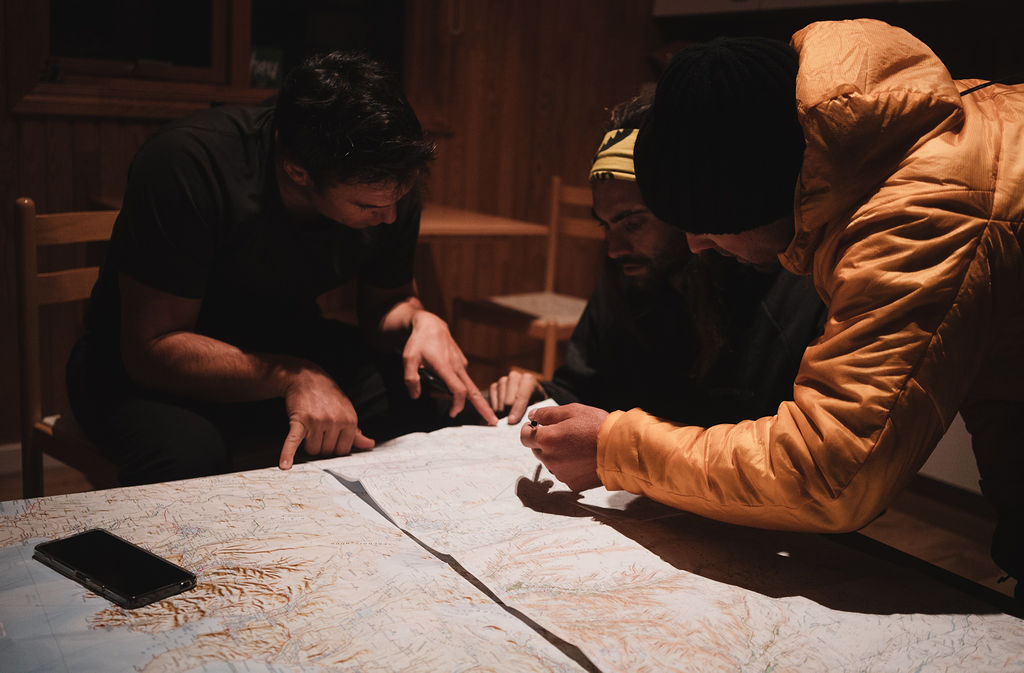 “We didn’t know when something like this would come up ever again, so we jumped at the chance to push our limits and really explore somewhere new.”

Fellow photographer and expedition leader Eric Batty was also thinking about Iceland. Most recently, he’d done a 2019 fat bike crossing of James Bay, and was looking for the next adventure. Once the two started talking, the plan began to evolve. “I loved the idea of being able to bike across Iceland with my little sister, since we never have the opportunity to do adventures like this due to her racing schedule,” Eric Batty says. “The four of us made for the perfect expedition team.”

“We don’t have many chances to go on expeditions like this one,” says Adam Morka, Emily’s husband and the manager/director of a newly founded Mountain Bike World Cup team. “We didn’t know when something like this would come up ever again, so we jumped at the chance to push our limits and really explore somewhere new.” “The group was great: there were certain things that were new for some people, and certain things we felt comfortable with,” Burkard explains. “We were able to complement each other, and we all took different roles. Emily was just strong and and solid through the whole thing. I don’t think she complained once. She was just absolutely bulletproof; it was really amazing to witness. And at the end of the day, when we were all worked and tired, she was still bubbly and jovial, and making sure we had our nutrition. That energy was exactly what we needed at the end of the day.”

Luck was on the group’s side: Earlier in August, the route would have been impassable thanks to high water levels in some of the rivers. But the weather took a turn, and by the time the group rolled out on August 19, the rivers had calmed and the forecast was ideal for a bikepacking trip. “You always pack for the worst and hope for the best,” Burkard said later, laughing about the unused rain pants he packed. “People always ask if there was anything you wouldn’t have brought with you, but I’d rather be prepared and not use some of my gear!”

“Bikepacking through Iceland may have been the toughest, between the terrain and challenging route, plus all of the gear!”

The bikes weighed in at roughly 80 pounds each, once panniers carrying sleeping supplies, spare clothing, emergency gear and of course, tons of snacks (and Red Bull) were attached. 975 kilome-ters and full days of riding become much more challenging with that much weight attached! “I’ve done many hard things throughout my career as a professional athlete, but bikepacking through Iceland may have been the toughest, between the terrain and challenging route, plus all of the gear!” Emily Batty says. 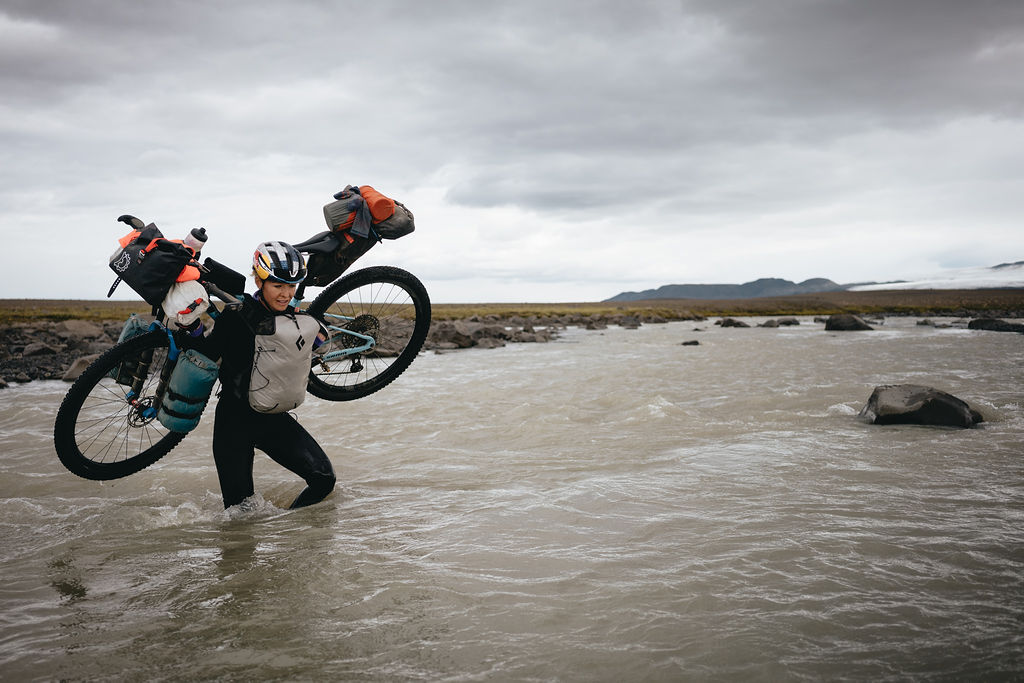 The terrain wasn’t steady, either: A look at the map and their stopping points each day demonstrates how nine hours of riding could add up to very different distances each day, thanks to the ever-changing surfaces that they crossed. “Every hill was different,” Eric Batty recalls. “You come over a hill and you think it’s just going to be flat black sand, and suddenly, it’s volcanic rock or shale. I’ve never seen a place like it.”

“You come over a hill and you think it’s just going to be flat black sand, and suddenly, it’s volcanic rock or shale.” 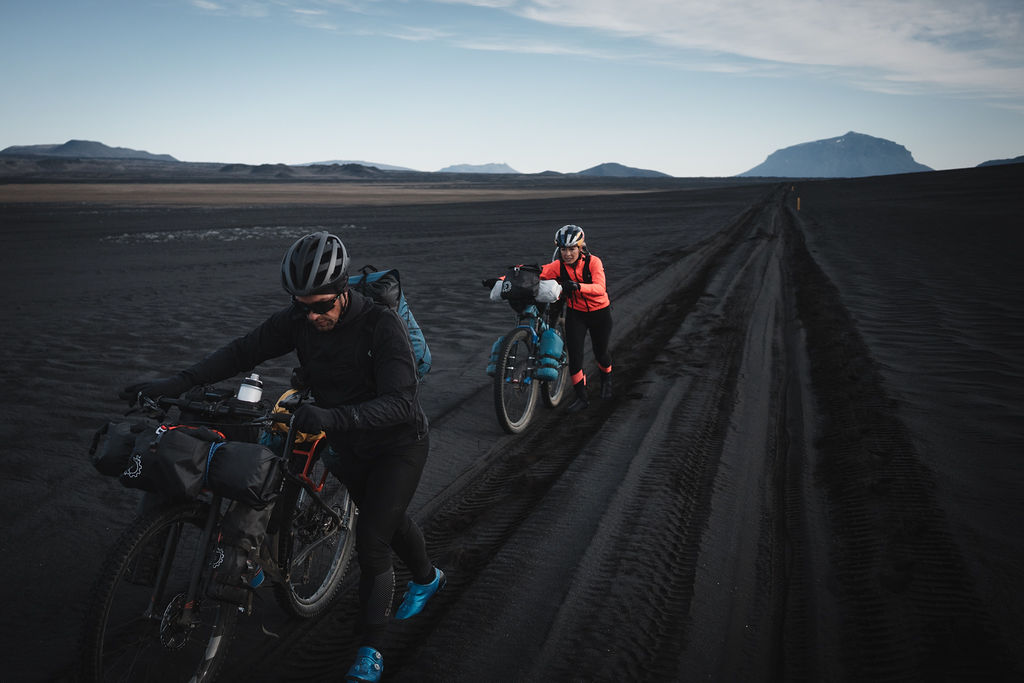 “There were points where we were struggling to keep up an eight-kilometer-per-hour pace, it was so bumpy and rocky,” Morka says. “But that just meant we had more time to take in the scenery, and made the moments where the terrain was smooth and we could pick up speed feel all the more magical.”

“It was the most remarkable trip I’ve ever done,” Emily Batty says. “I’m thrilled that we were able to capture so much of it on video and in photographs to be able to relive it and share it with every-one. And I’m already thinking about what our next adventure should be!” 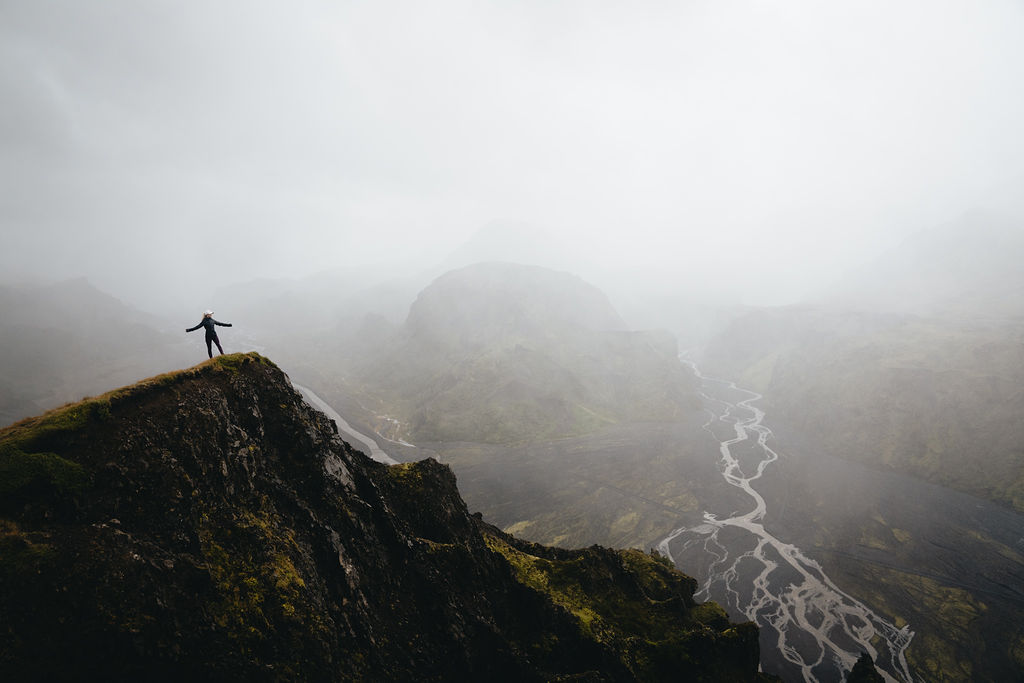 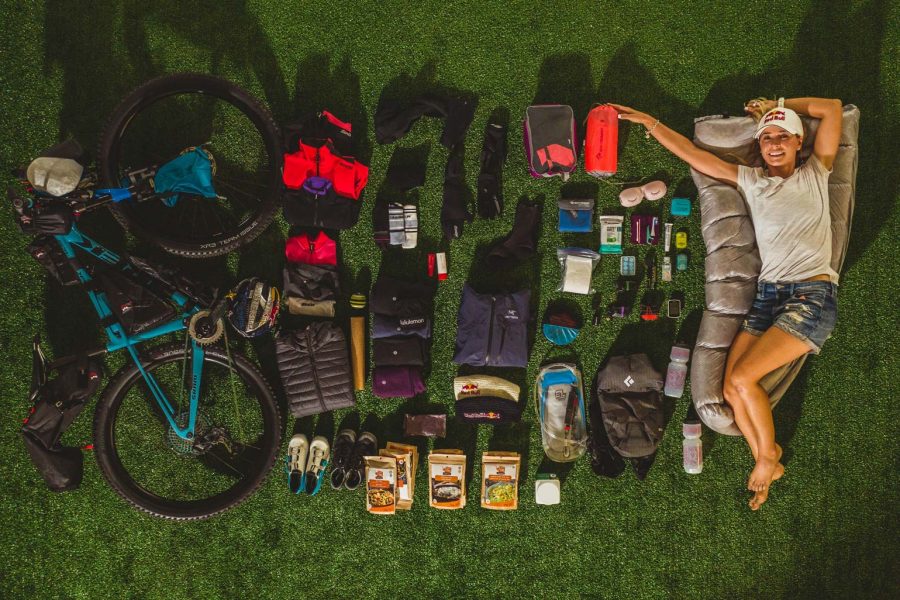 Detour to Tokyo – The Gear for Bikepacking Across Iceland 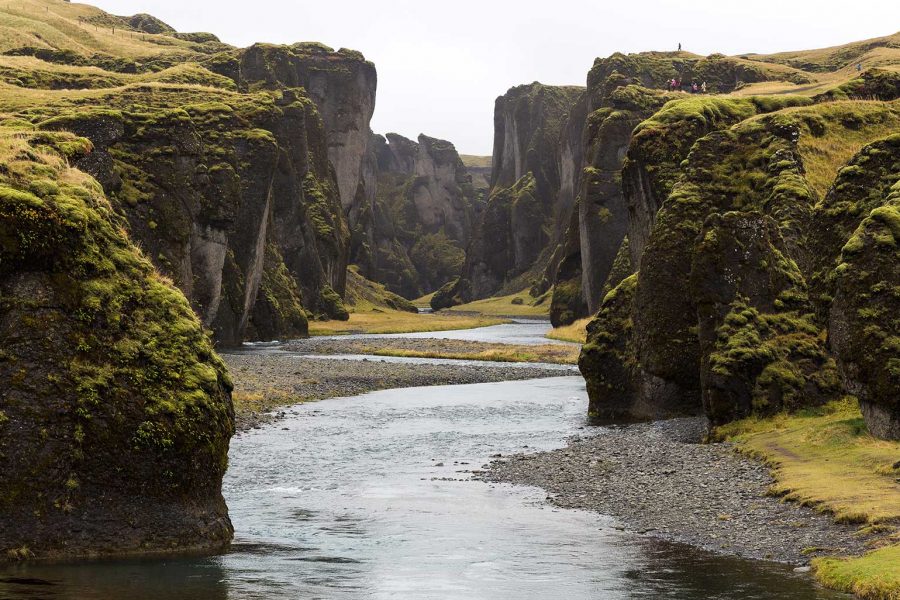 Detour to Tokyo – Bikepacking Across Iceland