Emily Batty is a professional athlete that rides for Canyon Mountain Bike team and Red Bull. 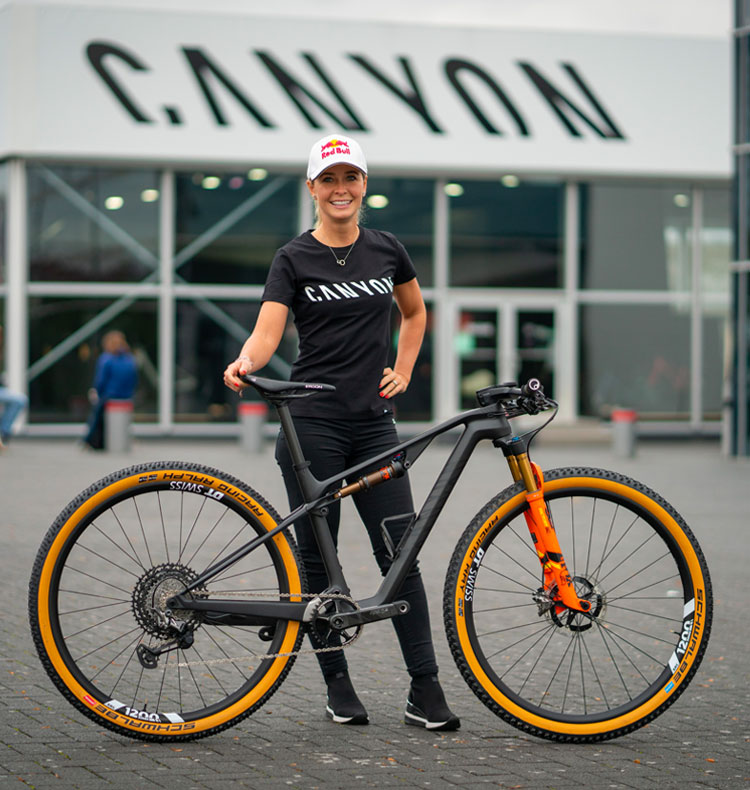 Born and raised into a mountain bike-crazy family on a cattle farm in Brooklin, Ontario, Canada 🍁, Emily Batty first rode bikes for leisure with her brothers from the age of 10 but then turned her passion for all things two-wheeled into a career racing bikes.

Some of her career highlights include the opening round of 2012 where she finished 2nd place at the World Cup in South Africa. She also represented Canada at the London Olympic Games, despite breaking her collarbone in training 3 days before the race. Emily has stood on multiple podiums including a 4th place in the 2012 Val D’iser France World Cup and a 3rd place in the 2013 Val Di Sole Italy World Cup. She is a multiple time National Champion and was also crowned her first Elite National Champion title in 2013. At the young age of 28, Emily most recently took home the bronze medal at the 2016 Mountain Bike World Championships, finished fourth place just 2 seconds off the medal at the Rio Olympic Games and finished 3rd overall in the World Cup standings.

Attention to her performance on & off the bike and commitment to sharing her journey and connecting with her fans has seen Emily’s social audience grow to over 550,000 people worldwide.